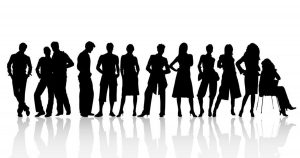 A man (or woman) may begin working for an employer as a male and then begin transiting to a female several weeks into the job. How should an employer handle this apparent change to avoid possible liabilities? Answer; to start, have a “sit down” with the employee to better understand the apparent changes and possible job adjustments the employee might require. The employer who ignores apparent signs of transition might be creating liabilities, especially considering that transgender issues are one of the EEOC’s top enforcement priorities.

Case Study:
George is hired to work for an office supply company, which has as strict and different dress code for male and female employees. George presents as male at his interview and self identifies as male in his new hire package. Outwardly, everything about George is male. George is compliant with the dress code for several weeks. But then George starts wearing large earrings in both ears. Occasionally, George also wears fake eyelashes, a little make-up and fingernail polish. The written dress code prohibits males from adorning themselves like this. George tells a few co-workers that he likes to be called Georgia, but he never states explicitly to a co-worker or a manager that he is transitioning from male to female. However, it is common knowledge among the staff that George wants to become Georgia. Managers see how George’s appearance is changing. Consequently, management counsels or disciplines George repeatedly for violating the dress code. George always complies initially, only to don the earrings when managers are not around. Finally, management is fed-up and they fire George for non-compliance with the dress code, as well as some other policy violations. George files a charge with the EEOC, which conducts an on-site investigation. Soon thereafter, the EEOC issues a Probable Cause Determination based on sex discrimination.

But what did the employer do wrong? Well, it’s complicated. The employer serves customers and they have certain expectations about appearance. Management was simply enforcing a legitimate dress code, and the EEOC has no problem with an employer imposing a valid dress code. But some things have changed. No doubt; it’s a tough spot for the employer, which is when a creative and common sense approach might be helpful in avoiding potential liabilities. First, the employer must recognize when a situation presents a risk. Second, the employer must assess the risk. Third, the employer must implement an action plan to mitigate or eliminate the risk. We call this risk management program SET (Survey, Examine, Tactics)© . The clever employer is always thinking about all the awful things that could happen in the near and distant future, and does everything possible to avoid the potential loss (e.g. legal fees, settlement, or adverse jury verdict). Perhaps in this case, an HR manager could have had a private sit down with George to better understand his circumstance and discuss any reasonable job adjustments that might helped George remain employed. Such conversations often defuse tense situations as both parties begin to understand each other’s respective positions. If the employer and George reach an impasse, then the employer should contact EEO experts for further guidance. A very proactive employer might contact the EEOC for guidance. Yes, I said that. News flash: The EEOC will be involved anyway as an enforcement agent when unhappy George files a charge, and after the facts are already unfavorable for the employer. Why not get out in front of a sticky situation before it turns into Gorilla Super Glue? An employer seeking EEOC guidance in such a condition becomes more of partner with the EEOC than an adversary. There have been instances at Bashen when we have, with our clients’ permission and/or participation, discussed various topics with EEOC personnel in an effort to build a consensus about the best possible strategy for all parties. Nothing wrong with trying to curry favor early on with EEOC personnel who might just be less likely to issue a Probable Cause Determination because the employer acted reasonably. This savvy employer might also be giving defense counsel persuasive arguments or defenses should George file a lawsuit subsequently. It’s like a former EEOC Director once said to our CEO, “The EEOC just wants to see that an employer treated the employee fairly no matter what ultimately happened to the employee.” The sit down, and every good thing that follows, is evidence of fair treatment, which the EEOC and other triers of fact will likely take into consideration. New day, new way!

I invite everyone to send questions or comments on this blog. Please visit our website at www.bashencorp.com for more information about Bashen Corporation’s EEO services and its patented EEO Claims Management software, LinkLinePlus.